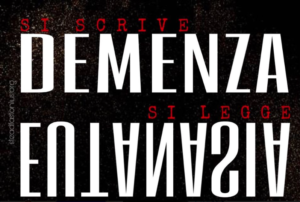 In 2002, the Netherlands approved the law that legalises euthanasia and assisted suicide.

Since 2016, this law is also been applied to people with dementia who requested it while still aler and fit.

However, the law did not specifically address the issue of patients who might change their minds while they are in an advanced state of dementia and how to act so that this new choice replaces the previous one.

A 74-year-old woman with advanced dementia, in 2016, was euthanised from the doctor of the nursing home where she resided, after she consulted with the woman’s family.

While still alert, the woman said she didn’t want to end up in a nursing home and that she wanted euthanasia when she thought the time has come.

Once entered the nursing home, however, she gave contradictory signals about her will, affirming in some cases that she did not want to die. Eventually, the doctor decided to euthanise her anyway.

The Public Prosecutor’s Office brought the doctor to trial, believing that the interview with the patient about the decisions relating to her end-of-life should have been more explicit and contemplate this situation.

At the same time, concern was expressed about a possible lack of clarity in Dutch law relating to the treatment of patients who lose mental acuity.

In 2019, the Hague court acquitted the doctor because, according to the Court, he was attentive and followed the euthanasia protocol established by Dutch law.

The Public Prosecutor’s Office therefore decided to appeal to the Supreme Court, which last the 21 April and ruled in favour of the doctor.

A worrying sentence for us as Steadfast Onlus for two fundamental reasons: